The tendency that the mental stimuli surpass the mental capacity more and more, is not only noticeable in the business world. Also the students experience nowadays more and more mental overload. Research even shows that personal circumstances are nowadays the main problem why students end their study and not study related things.

Meditation is an effective means to an end to cope better with the most important challenges and problems the contemporary student runs into and Meditatie Amsterdam has a program that is specifically aimed on students to help them.

Send me an email at roel@meditatie.amsterdam for more info or to apply, or use the contact area below!

The front page of the Volkskrant opened on the 14. of August 2018 with this article: ‘Doctors: student more often in psychological trouble’.

In this article student doctors declare they see more and more students in their practice that have problems with fatigue, concentration, anxiety and addictions and the waiting lists for mental care increase in length.

A lot of people don’t understand that the life of a student is that challenging. Even their parents often have pleasant memories about their student years where there was a lot of freedom, a more than sufficient financial support from the government and social media and the smartphone didn’t exist yet. The circumstances have changed though and this is probably the most challenging time in history to be a student. The opportunities are enormeous, but that is also the case for the stress to choose from all the options, the expectations and the stimuli students have to cope with and the financial support has diminished strongly.

Studying became top sport and it is often very hard to remain the balance.

Some recent data about the health of students:

The problems are mainly caused by not-study-related factors

The most important ones are:

As mentioned, researchers come to the conclusion that ‘personal circumstances are nowadays the main reason why students quit their study and not so much study related factors’.

The government has issued for the college year 2018-2019 two changes to reduce the psychological pressure for first year students by making the college fee half and having less firm regulations to collect all study points by exams.

Experienced pressure to achieve is high and possible to influence

According to the rapport Public health and exploration of the future 2018 of the Governmental Institute for Public Health and Environment, the experienced pressure to achieve among young people was already 78% in 2014 and their more recent research showed it further increased by the recent developments. The expectation is even that mental problems will have a steeper increase the next 25 years than cancer and heart disease, even with the population becoming older on average.

Is meditation effective to help the student with the most important problems and challenges of this time and society?

Top business people like before Steve Jobs, companies like Google, Apple and Twitter, top athletes like Novak Djokovic, and even the elite units of armies use meditation to come to optimal achievement and often mainly under pressure. Next to that the effects present itself for centuries already in real life and the last decades also are backed up by scientific research. On the page Research you will find studies that come to the conclusion that meditation has a positive effect on stress, burn-out, anxiety, depression, suicidal thoughts, fatigue, the ability to concentrate, worrying and addictions. Also you will find scientific articles that meditation increases the functioning of the brain, memory capacity and learning ability and that within a few weeks there can be measurable structural changes in the brain by meditating.

There are even studies done under specifically students and they show that meditation brings:

Dealing better with emotions and problems

The students with the most neurotic tendencies showed the biggest improvements towards (study)stress and general wellbeing (de Vibe 2015) and even after six years effects like less stress, more wellbeing and a higher problem solving capacity wer still measurable (de Vibe 2018). The studies above even show that meditation is for students more effective against depression than physical exercise (Alsaraireh 2017) and brings a bigger increase in cognitive functioning than yoga (Quach 2016). Also one meditation session brought more stressreduction and relaxtaion than distraction (reading a book) of just sitting quietly (Borchardt 2018) and for more mental calmness and creativity than a ‘fake meditation’ or not doing anything (Schrootsma 2017) . The studies also show that meditation is more effective than rest or relaxation exercises when it comes to dealing with conflicts (Fan 2014), creativity (Ding 2015), the social connection with others (Aspy 2017) and the improvement of cognitive achievements (Ramsburg 2013 – Saoji 2017).

The results mentioned here can occur quickly. Within two months of meditating there are already measurable reductions in stress (Erogul 2014 – Schwind 2017 – Galante 2018) and specifically study related stress (de Vibe 2015), anxiety (Schwind 2017) and being distracted (Morrison 2013). Also research shows an increase of the mental capacity (Morrison 2013) and self-compassion (Erogul 2014) in this period of time. Three weeks of meditation for only 35 minutes a week brings a reduction in worrying and rumination and an increase in clarity of perception, self-awareness, self-compassion and psychological well-being (Sauer-Zavala 2013) where only two weeks of meditation already has a positive effect on the results in exams (Mrazek 2013).

I am very happy to make my products also available to students and already give workshops at the Hogeschool van Amsterdam. Not only are my trainings aimed on the circumstances and challenges of students nowadays, I also offer them for student friendly rates. My goal is to help students to find their balance again so they can enjoy their study years more and are better prepared to the challenges that await them their carreers.

The following trainings are available:

The need for an optimal functioning mind is bigger than ever. At the same time we are mentally more overstimulated and stressed than ever before, which decreases our mental productivity. With students 29% complaints about problems to concentrate (source) and 25% uses, without prescription of a doctor, Ritalin or another ADHD-drug to be able to concentrate better (source).

Without mental productivity and a clear and relaxed mind it is impossible to achieve good study and work results. Learn now how to get an optimal functioning brain!

Meditation isn’t airy-fairy or exotic anymore for some time now. It is well implemented in our society and there is a lot of scientific research that backs its positive effects.

There is a reason why the top of the business world (like Steve Jobs before), top athletes (like Novak Djokovic) and even elite units of the army use it to come to more mental clarity and optimal performances under pressure.

Curious about what meditation can do for you? You will find out in this workshop!

Dealing with your smartphone

Improve your relationship with your screens & social media

Screens and mostly smartphones fill up a big part of the day, especially for young people. They can be helpful but also lead to many health problems. De data for social media alone are very indicating: of the 18-29 olds around 9% daily spends more than 5 hours at it and 29% 3 to 5 hours a day. Around 30% sees themselves as addicted (source).

Do you become restless when you temporarily don’t have access to your smartphone? Time to improve your relationship with it and in this workshop you get the answers how to regain control.

How to prevent mental overstimulation

Stress isn’t just professional disease number one, also under students it’s an important challenge. The effects are widely present; 25% of students have burn-out complaints (source), 35% a heightened risk for burn-out (source) and 75% says to be often or very often emotionally exhausted (source). The other stress related problems not even mentioned.

How to deal with stress and to avoid mental overstimulation? How to lower your stress and increase your stress resistance? This workshop answers these questions and more.

These interactive workshops are two hours each and for students the fee is only 20 euros per training per person (normally 55 euros). Like all our trainings they are available in English and accessible, concrete, contemporary, backed by science  and give practical and directly applicable tips and methods.

For a preview, here a shorter training about dealing with stress, combined with a guided meditation:

Are you interested: let me know! Scroll down and send me a message through the contact area or mail me at roel@meditatie.amsterdam. Through Roel’s workshop I was introduced to meditation and he learned me what meditation is and how to apply it in my own life. Roel’s approach is engaging, calm and clear and he backs his information up with contemporary scientific research. This makes his meditation training very accessible for everybody that wants to know more about this subject. I found Roel to be very approachable for all my questions and he does his best to help everybody as good as possible. 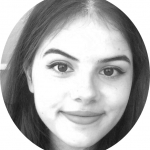 Roel his meditation lessons gave me a new chance to feel mentally well again. After a rough year I lost all my flow and had a little to no self-esteem anymore. Roel gave that back to me and helped me to find peace of mind again. The lessons were very relaxed (as you might hope for haha) and I felt very at ease. In no time I felt better about myself and I know that I can benefit from what I learned for my whole life whenever I need it. Thanks Roel! Thanks to Roel’s training Stress Management, I got new insights in how I can handle certain situations better and did I learn techniques that help me to achive calmness in stressful periods. I was happily surprised with the result and experienced it as a super interesting and informative workshop. Also my questions afterwards were answered completely. Roel’s meditation techniques showed my in a concrete way what meditation actually is.How can I work with my thoughts that come up and how I can let them pass again. Still I use the things Roel taught me daily during my meditations. Even with the more than 1500 hours of meditation experience I already had, I found Roel’s meditation training refreshing and it gave me useful advice that I can use during my own practice. He is clear, up-to-date and to-the-point.