Stress and how to deal with it

Stress is a natural mechanism and actually good and healthy. At the same time it is nowadays the most important cause for sick leave and inability to work.

How and why is that the case? And how to deal with stress?

That, and more, in this blog.

Stress is ‘programmed’ into our system. It’s aim is to deal as effectively as possible in times of crisis. In dangerous situations the so called fight-or-flight mechanism is activated, is everything aligned to survive by fighting or fleeing. Therefore body and mind need all the energy and awareness.

Stress brings the body in the highest state of readiness: your blood pressure and heartrate go up, your muscle tone increases, you are completely focused and you are ready for action. Stress activates the body to achieve more than normal. So far so good. Why is stress such a worrying topic then?

If you are stressed you kind of drive 100 km/hour in second gear. You are able to react and accelerate very quickly, but also use a lot of fuel. Being in stress mode uses a lot of energy. That is fine as long as it is only for a short period of time and you are able to recover of it afterwards. Exactly wherefore the mechanism is ‘installed’ originally, for acute emergency situations. These normally last for a short period of time and whenever you are safe again, you can ‘let go’.

Nowadays we hardly find ourselves in a life threatening situation.  Nevertheless we are more stressed than ever. This is because we convince ourselves that we are ‘surviving’ sitting behind our desk at work or in our daily life. Especially through all the modern technology we are exposed to so much stimuli and expectations, that it actually feels like surviving. And mentally we are sort of surviving in our role or position. Also young people have to deal with this. Here it is not an employer or colleague that give the input, social media can bring minimally as much pressure as that. The ‘fear of missing out’ is always around the corner, as we adults also know, and that can bring a lot of pressure and stress. Just like the being reachable continuously by the mobile phone and the enormous amount of stimuli.

Stress is ‘designed’ for acute situations. That is good because it helps us to perform more when it is necessary. In nature acute stress is normal and chronic stress is rare. In our case it is just the other way around. Therefore the stress mechanism doesn’t fit to well anymore by the current circumstances. A good mechanism in an unfitting environment.

If the stress state stays present a few things happen that harm our health. First of all the stress state costs a lot of energy as mentioned before. The amount of energy used is bigger than what we can ‘recharge’. Because especially our physical energy has it’s limits and our storage is becoming more and more empty, there is an end that can be reached. As we come closer to the bottom then the system starts to shut down. That is what is called a burn-out. Too long too much energy is used and it is necessary to function on a minimal level for some time to survive.

In stress situations our body prepares for action. For that we need energy and therefore we long for things that are sweet or fat because these give us energy quickly. It makes complete sense that the body reacts like that because there is an emergency and we have to be able to fight or flee. Energy is released into the bloodstream and muscles. Because we don’t actually have to fight or flee anymore the energy isn’t used and therefore stored. And that often becomes fat tissue. This way stress leads to obesity, one of the most important health threats in our society.

When we are in ‘survival mode’, the other systems of the body are not that important anymore. All attention goes to the muscles and brain, important for fighting or fleeing. The digestion system and everything related to ‘repair and maintenance’ of the body receives less attention and energy during times of stress. Which makes sense, how useful are they when you don’t survive first? All energy goes to the systems that help you to be mentally focused and physically optimally ready to fight or flee. This is also the reason why women that are stressed have more problems becoming pregnant. The body has other things to deal with and being pregnant in times of crisis is not a good idea.

In periods of having too much and especially too long stress, you exhaust yourself. That influences your physical as well as mental health. Burn-out is, excluding heart attacks or cerebral strokes, mostly the last station you reach. The storage is empty, all your mechanisms to compensate and survive failed and you are not able to do anything anymore. Mentally as well as physically.

Before that stage already problems arise. You’ll notice that absorbing information is less easy and you are less able to concentrate. As a ‘survivor’ you are opened up to everything that happens so you can react to everything that threatens you. Like an animal that feels trapped. All info is coming in at the same time. You don’t know anymore where to focus on and aren’t able to separate the important from the unimportant. Everything enters on the same level. Because of this it is easy to become overstimulated.

Being overstimulated is something that becomes more and more common. It seems to develop synchronic to the rise of the computers and smartphones and this is detectable in the statistics of sick leave and work inability.

This was in 2014 already stated by the government institution for social affairs and work in 2014. Sick leave because of stress was already 33% back then and around 12% of the employees was suffering of burn-out or close to it. The year 2014 also was the first year in history that mental problems caused more unemployment than physical complaints. This showed in data from the CBS.

Research by ArboNed under 1,1 million employees showed that between 2009 and 2014 the amount of sick leave didn’t change much, that due to stress in 2014 was eighth time higher than in 2009. Especially under young people this rise was big; in the group between 25 and 35 almost 30.000 people became unable to work due to psychological problems in just five years time.

The government declared in het year report over 2014 that: ‘since 1998 the number of people unable to work due to psychological problems grew gradually from around 30% to almost half of the total amount in 2013. More than 75% of this was caused by stress. There are no indications this trend will turn around. On the contrary, the inspections found clues that the risk on inability to work due to psychological problems will grow’.

The costs of stress for the corporate world and society are enormous. Also due to the fact that the average duration of being unable to work due to stress is somewhere between 5,5 and 8 months. This showed in research done by ArboNed in 2016. They added: ‘if you are aware that one day of sick leave costs 250 euros, it is time to recognise stress and psychological problems early on and do something about it’. ArboNed also found that of the group employees that recovered, around 28% had to take sick leave again because of psychological problems, often within twelve months.

To reduce stress it’s important to balance out overstimulation. That means sufficient relaxation. Not in the currently common way to ‘relax’ by anything that involves a screen, but real relaxation. Everything that has a screen almost always guarantees a bombardment of stimuli. Relaxation is something that reduces the amount of stimuli.

And surprise surprise: this is exactly what meditation does for you. Meditation doesn’t make the stimuli in your daily life go away, it brings a way to deal with them in a different way. During meditation you are consciously aware of letting everything be as it is. Not to go along with whatever comes up and to find peace and balance within yourself. There are not many methods that bring more relaxation than meditation. Sleeping is definitely not one of them. It is more physical relaxation and everybody probably knows how tired you can be waking up after a night of dreaming. Research by Tang in 2009 even showed that meditation leads to more relaxation than relaxation exercises.

Also there are many scientists that found that meditation leads to relaxation and is very effective against stress. Not only it increases stress resistance and do people that meditate experience less stress, it also lowers acute stress, quickens the recovery of stress problems, influences the regions in the brain involved with stress in a positive way and is even applied as therapy with people that suffer from post traumatic stress syndrome.

Therefore meditation fits perfectly in the current time and society, maybe even more that ever.

Do you want to learn quickly and effectively how to meditate? We would love to help you. Follow one of our meditation programs or follow the easy step-by-step plan in my book: Meditation, your daily mini-break (unfortunately only available in Dutch). It’s very easy and won’t take much time. Try for yourself and experience what meditation can do for you. You can click here for a free meditation audio. Enjoy!

I hope this blog helped you get a better understanding of the what meditation is all about. Do you have a different question regarding meditation? Send it to me and who knows, it might the subject for my next blogpost!

More information about meditation you can find here on www.meditatie.amsterdam and our Facebook page 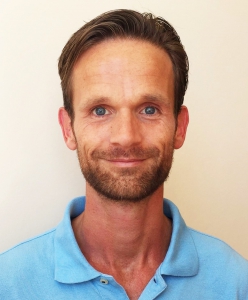 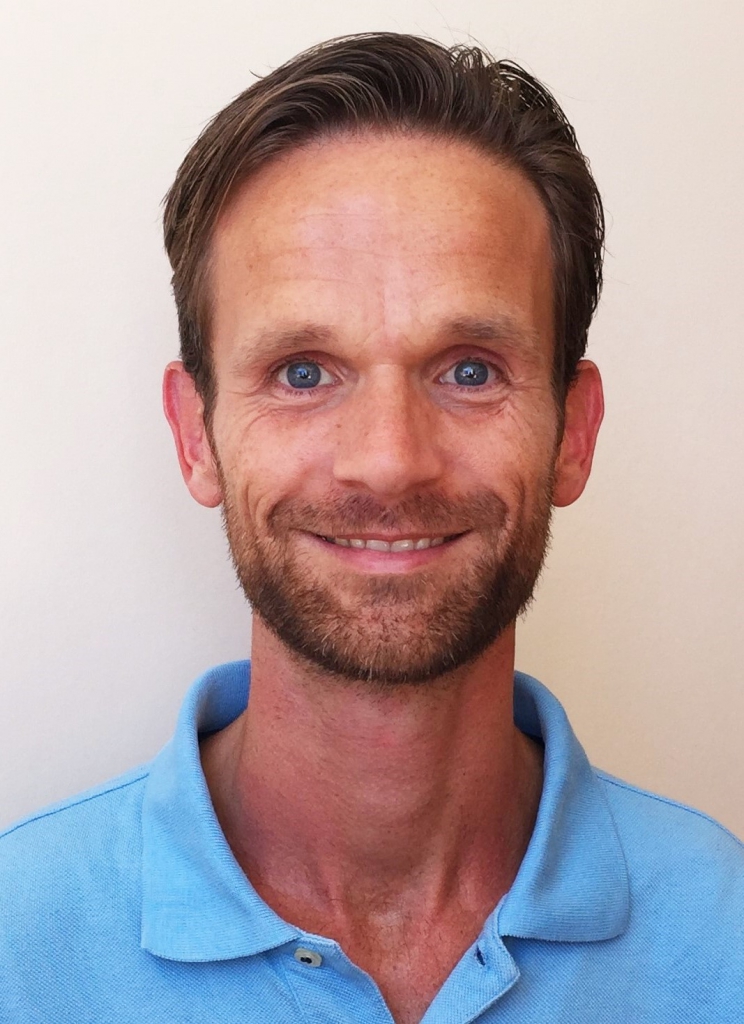 Do you also want to benefit from all the research and experience I gathered for many years to get to the core of meditation and translate it into contemporary, accessible and practical methods to get the best out of yourself? If you would like to work with me, apply now for one of my next activities.
Beginner or more experienced, I am happy to help you on your way towards more inner peace, balance, energy, clarity and freedom of mind, with methods that can have lifechanging effects within weeks. See you soon!